Cannabis extracts are created when the desirable compounds in the cannabis plant are removed from the plant material, creating a purer cleaner product. Concentrates are as diverse as they are potent and they have quickly grown in popularity in recent years. In California concentrates now account for a massive 45% for the cannabis market. With people constantly dreaming up new scientific ways to make extractions, it can be hard to keep up with what is what…

Although concentrates can be used in many different ways to make many different products, more often than not they are inhaled through a process called dabbing, which is very similar to using a bong but Instead of a having a bowl there is a piece of glass or metal that is heated up to a high temp and then as the extract is “dabbed” onto the hot plate it is instantly vaporised and you inhale the vapour.

The main benefit of vaping extracts over smoking cannabis flower, is that you don’t need to burn the the plant material, you simply vaporise the extract, so it’s potentially a cleaner, healthier way to consume cannabis. And because you rant burning the material you can taste the terpenes and flavonoids much better than you can when smoking buds. The taste really is much improved.

Also because of the high concentration of cannabinoids, you can quickly get a much higher dose than you could from smoking flower. Concentrates are more efficient, with higher purity and potency, they have better flavour and give therapeutic relief more quickly than smoking or vaping flowers.

There are many types of extract and we will be taking a deeper dive into each of those in more detail in future posts, but for now we are going to look at the differences between the two categories of cannabis concentrates: Solvent Extraction and Solvent Free Extraction. 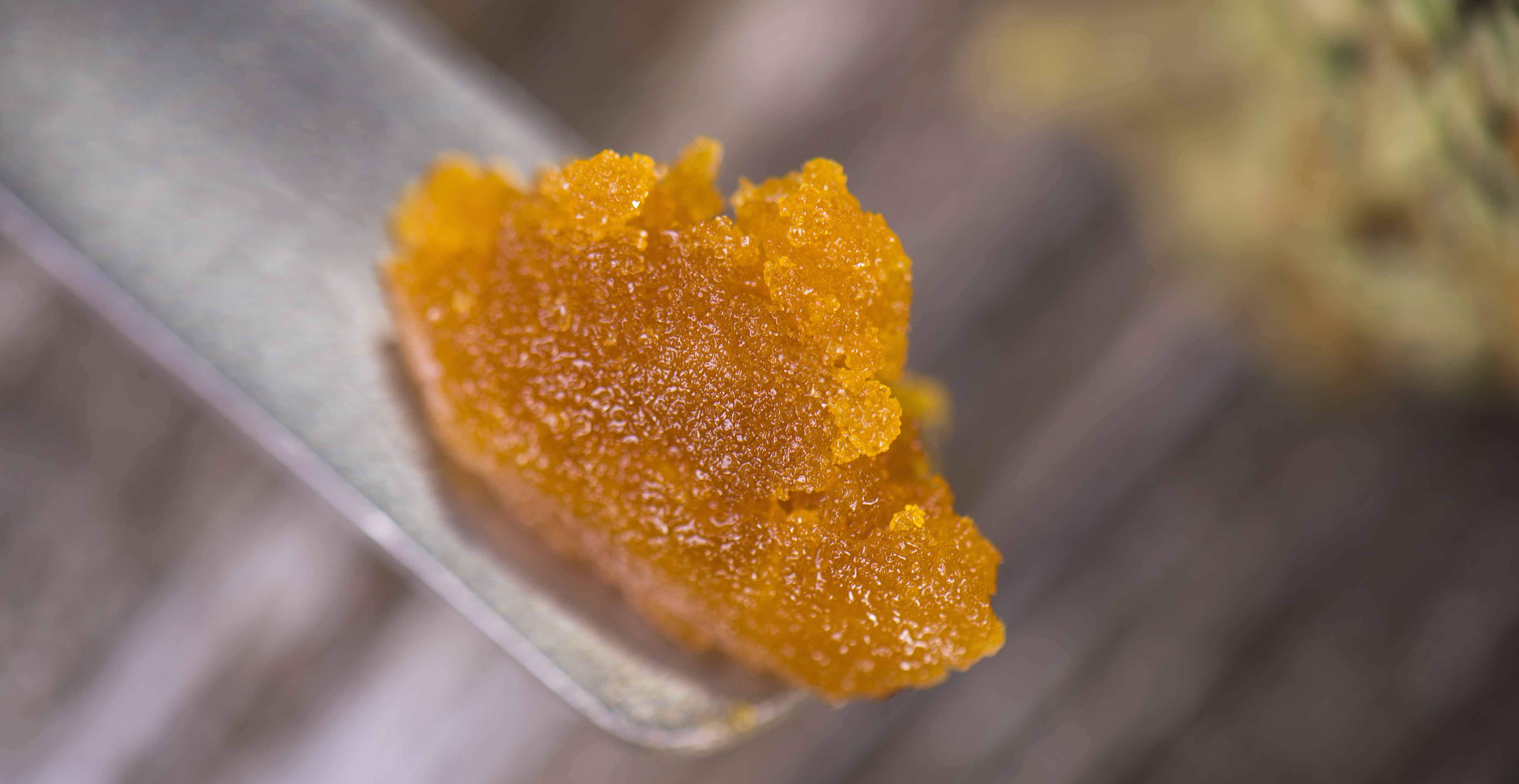 Solvent extraction is where the plant material is added to a ‘hydrocarbon liquid solvent’ such as Butane, CO2, or Ethanol. This solution is filtered and concentrated by distillation to produce a waxy mass called concrete. The more polar, fragrant compounds are extracted from the concrete into ethanol. When the ethanol evaporates, an oil – the absolute – is left behind.’1
This dissolves the cannabinoids into the solvent. The solvent is then evaporated off to leave the pure extract.

These concentrates are purer and can be extremely potent with THC and cannabinoid content up to 90%. This is because all the plant material has been stripped away leaving only the raw compounds.

Most solvents are however extremely flammable and make the extraction process very dangerous if not carried out correctly, by trained professionals with the proper equipment. There have been multiple incidents of people causing lethal explosions while trying to make Butane Hash Oil (BHO) at home, so we really would not recommend you try to make BHO at home.

The other major draw back with solvent based extraction methods is that they inevitably leave trace amounts of solvent within the extract. Therefor it isn’t the cleanest method of extraction or consumption. When the process is done professionally the amounts are negligible however if the process is not done correctly, there could be harmful chemicals left in the concentrate. 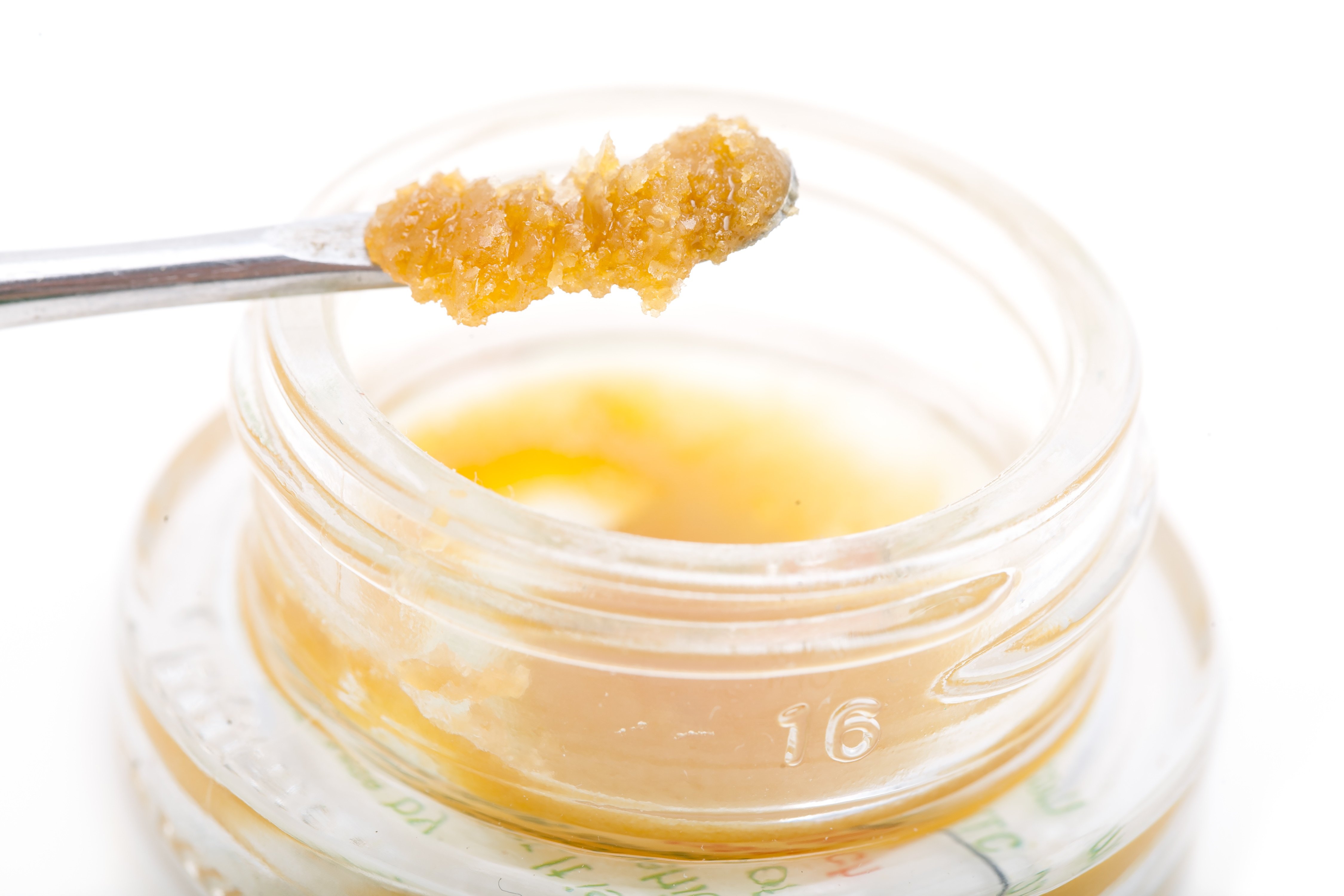 Solventless extraction is simply any type of extraction method that doesn’t use a solvent and is sometimes referred to as mechanical extraction.

Example of solventless concentrates are:

Many smokers and dabbers prefer to consume solvent free extracts for health reasons (especially those using medical cannabis). Compared to solvent-based extracts, there isn’t any risk of inhaling any potentially harmful solvent residue.

The other major benefit to solvent free concentrates is that they can be made at home safely with no chance of explosions. All you need to do this is a good quality rosin press, some micron filter bags and some good quality bud.

The Rosin press has two temperature controlled aluminium plates which heat up and when applied to the bud at high pressure causes the oils in the cannabis plant to leach out of the bud creating gooey like substance called Rosin, which is high in terpenes and cannabinoids.

It is worth bearing in mind that yields from solvent free extraction are often lower than solvent based extracts however solent free advocates would argue that they are happy to trade quantity for quality.